Ratsey and Lapthorn have been making Sails for over 225 years. We are experts in sailmaking and our team consists of keen racers and medal winners on both classic and modern yachts.

The Rolls Royce of sail making

Ratsey & Lapthorn were, and remain, the Rolls Royce of sail making. Their history providing a multitude of stories to reference and weave into the brand going forwards:

The oldest sailmaker in the world, founded in 1790, in continuous business ever since and managed by five successive family generations.

Ratsey and the Americas Cup

Ratsey & Lapthorn is synonymous with the Americas Cup, the oldest sporting trophy in the world, first competed in 1851. R&L were the sail makers of choice providing sails for competing yachts from both sides of the Atlantic for over 100 years. 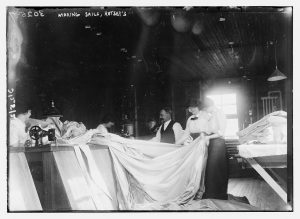 Opened it’s loft on City Island, New York, in 1902, thus becoming the largest sailmaker in the world, employing over 180 sail makers across it’s sites. This enabled them to make sails for both the US and UK Americas Cup entries, and so developed a competitive yet amicable rivalry between their lofts.

Culminating in the controversial 1958 competition where R&L supplied both the US entrant Columbia, suited by the City Island Loft (they won) and the British entrant (Sceptre) via the UK loft.

In 1795, Lord Collingwood of the British Admiralty was a strong advocate of what he saw as the stiffer and better sails coming out of Ratsey’s loft.This led to providing some of the sails for HMS Victory that Lord Nelson used in the battle of Trafalgar in 1805; the topsail remains in the British museum complete with cannon ball holes.

In 1815 George Ratsey was one of the founders of the Royal Yacht Squadron in Cowes. The RYS was the founder of the”Hundred Guineas Cup” which became “Auld Jug”- Americas Cup, after the American challenger beat the RYS in 1851.The Americas Cup is the oldest sporting trophy in the world. 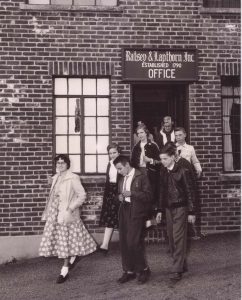 With corners on the markets for the best cottons, and the introduction of new manufacturing techniques using heat, pressure and chemicals, the Ratsey’s dynasty was always founded on innovation through science and materials that made faster yachts.

As part of the war effort, Ratsey’s not only manufactured tank covers for the US Cadillac made tanks, but also developed a wooden ‘life boat’ designed to be dropped from the undercarriage of a plane to downed US airmen. 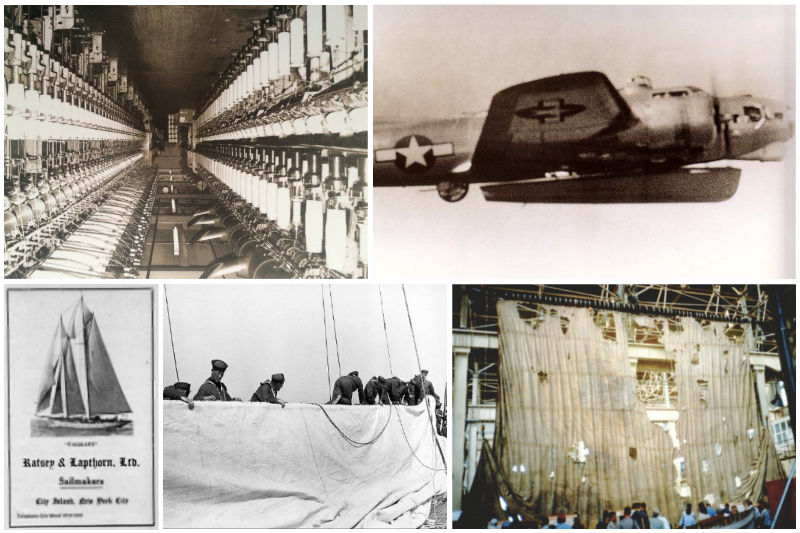 1902 J.P. Morgan, a supporter and early advocate of Ratsey and Lapthorn commissions the New York Loft to make the sails for his private yacht Corsair

1917 After 15 successful years in New York, George Ratsey opens the new loft on City Island; 3 floors, each over 150’ long and the largest sail loft in the world.

1930 James Lapthorn develops a new strand of cotton from Sudan, weighing in at 29.03 oz it was the heaviest cloth yet used in sailmaking and despite its exorbitant price was used for Enterprise, the U.S defender of the America’s Cup and for Migrant, at 220’ long the largest schooner in the world.

1937 Ratsey and Lapthorn are again the choice on both sides of the pond, The New York loft building sails for the Cup defender and ‘Super J’ Ranger whilst the UK loft equips Endeavor 2, the British entrant with George Ratsey amongst the crew.

1942 As part of the ear effort, R&L equip the U.S forces with custom canvas orders including tank covers plus in conjunction with Luders shipyard, develop a rescue boat for downed airmen that attached and deployed from the undercarriage of a plane.

1958 The New York loft builds 27 sails for the Cup Columbia whilst the UK loft equips Sceptre, the British entrant. Colin Ratsey sails on board the American boat whilst George Ratsey crews for the British.

1982 After the demise of the great sailing yachts and the introduction of modern synthetic fabrics, Ratsey and Lapthorn announces the closure of the New York loft.

1982 – present day Sailmaking continues in Cowes under the guidance and stewardship of Andy Cassell. 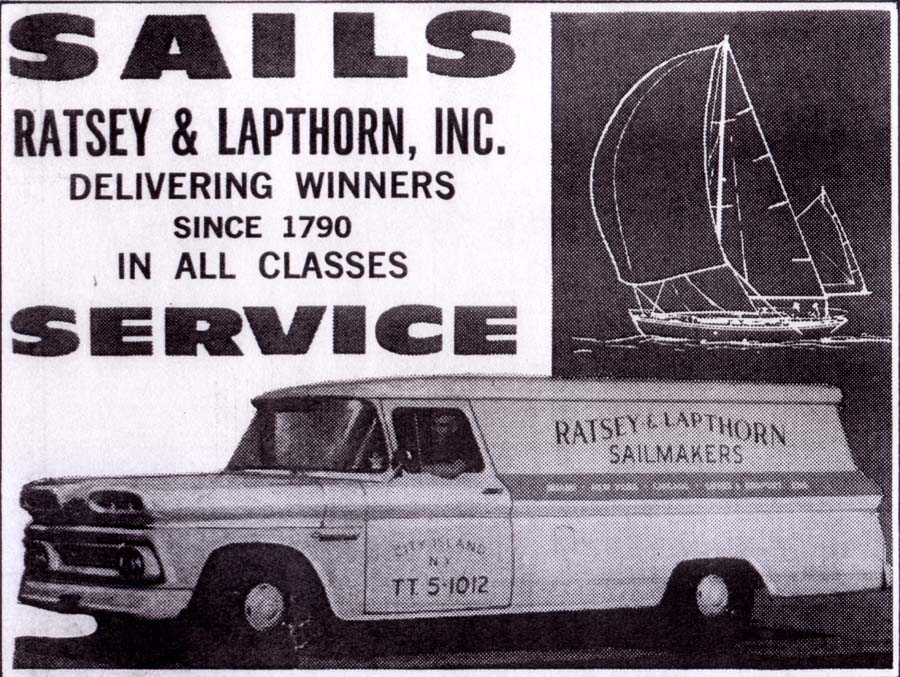 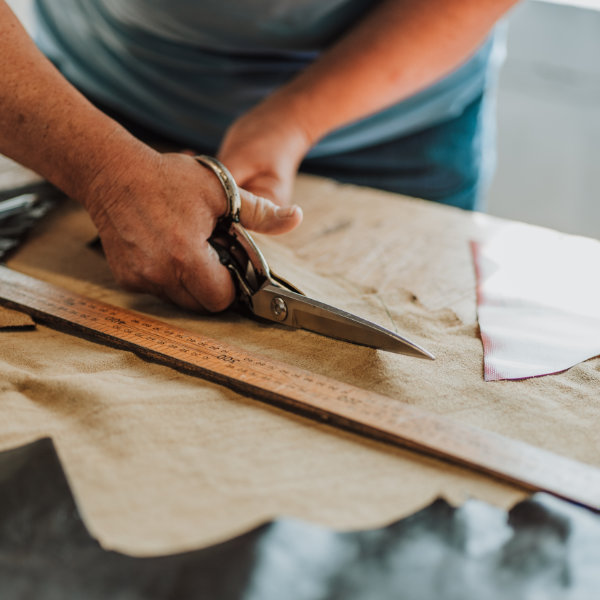 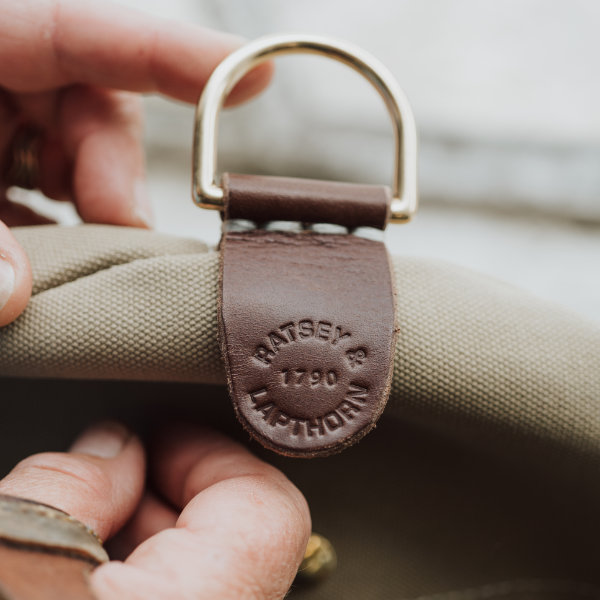 BUILT TO LAST A LIFETIME 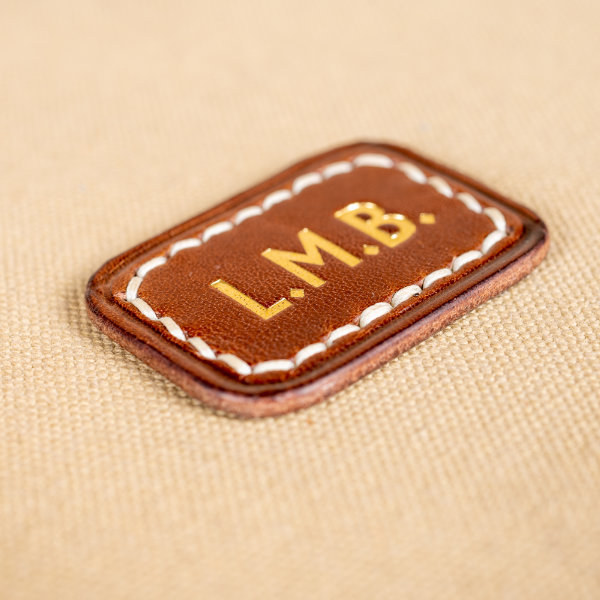